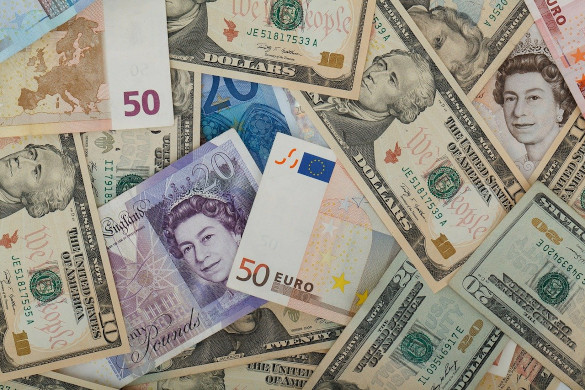 Back in 2019, when the UK’s separation from the EU was a virtual certainty approaching implementation, we took a look at Brexit’s impact on the economy, including how it might alter the relationships between currency values. At that time, the GBP was still coming off of a low that had resulted from the certification of the Brexit decision. However, the EUR was also dropping (as were multiple international stock markets), and we now know that in the months surrounding Brexit, the pound performed quite well.

That said, even as we sit more than a year removed from the UK’s formal departure from the EU, it is difficult to assess any total or lasting impact on the strength of the pound. This is partially because the coronavirus pandemic all but halted any sense of ordinary financial development, both nationally and internationally. As a BBC update on coronavirus news last April aptly put it, the pandemic “absorbed all the energy of the news cycle” as well, leaving virtually no space for reasonable talk of Brexit consequences or outcomes. Meanwhile, the unfinished status of the UK’s independent trade negotiations with other countries has also made it difficult if not impossible to assess the full impact of the separation on currency.

Throw in the fact that fresh shockwaves can still throw the UK economy out of whack — such as a spike in COVID cases, a new variant, or a significant interruption in trade policy — and it’s clear that there remains a great deal of uncertainty. This raises a lot of questions for the UK economy as a whole, but it makes for a particularly challenging set of circumstances in the forex trade. Simply put, traders have no logical way of gauging the present relationships between major currencies.

For those who engage in the forex trade though, there are some sensible paths forward worth considering until things become slightly more predictable.

Trust in the GBP’s Security

Rest assured this is not an endorsement of the GBP as a sure thing, nor is it a directive to invest in British currency without your own careful process. However, for those in the forex trade looking to make sense of the volatile state of world economies, one worthwhile starting point to consider is trust in the pound. Among major world currencies, the GBP has weathered the coronavirus storm (as well as the Brexit) better than many. And as of this writing, it remains stronger against both the EUR and the USD than it was a year ago. Until it proves otherwise, the pound looks to be a resilient currency for others to be gauged against.

For those who would rather avoid forex tractions altogether until the pandemic is under control and Brexit has had more time to settle, another interesting option is to stick to simulated trading for the time being. This will not result in any real gains or losses, but it is an effective means of staying engaged with the FX market, so as to jump back in when the timing feels right. An overview of demo trading accounts on FXCM conveys that this is essentially the real thing in terms of everything but the risk. Platforms look exactly like active forex trading tools, and enable users to deal with artificial accounts and money. Often, these tools are viewed as practice for beginners. But they can also keep forex traders sharp and engaged even when they choose to pull funds from the real markets.

It may go without saying, but forex traders should also make a strong point of monitoring the ongoing changes with regard to some of the topics mentioned previously. For instance, reports of new COVID variants or hold-ups in vaccine distribution could be signs of prolonged uncertainty. CNN’s recent report on business dissatisfaction with the Brexit trade deal situation could well foreshadow some domestic economic turbulence. Issues and headlines like these do not directly indicate changes in currency prices or broader forex trends. But given the overall uncertainty impacting the FX market, it is crucial for interested traders to keep an eye on the news nonetheless.

In the end, each trader needs to make a personal decision about whether or not to engage in the forex market in a turbulent time, and if so how to go about it. But for those who may be struggling with this aspect of Brexit and COVID fallout, these are some cautious, logical steps forward to consider when forming a plan.