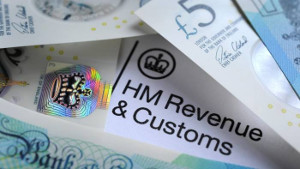 When UK voters voiced their concerns about being a part of the EU, very few actually listened. Then, it became a movement and that movement became a referendum known as Brexit. Love it or hate it, those in favour of Brexit got their wish (sort of) on June 23, 2016 as the Brexit referendum passed and it looked as though the UK would no longer be a part of the European Union. While an historic vote, it has been riddled with setbacks, controversy and uncertainty by both those for, and those against, Brexit.

With that being said, it looks as though Brexit is still moving forward and that in itself has created some new issues that many are yet unaware of. While Brexit will have very little, if any, effect on UK taxes, it is having an effect on the economy here and abroad. This is especially true in the US, where asset and mortgage values for individuals relocating to the US are seeing both medium- and long-term impact.

What Impact Has Brexit Had On The Economy?

Just what impact has Brexit had on the economy? With very little effect on UK taxes, we can shift our focus to the economy. In the months immediately following the Brexit decision, the British Pound (GBP) fell to its lowest value in more than three decades. This new low remained stagnant following the referendum vote and is slowing climbing its way back to normal levels, although many fear that it could be too late.

Even the Euro, which has remained strong through pre-referendum talks of the UK leaving the EU, dropped in value as did many of the international stock markets. What does this mean for the US economy and the US dollar specifically? If you are an expat, or you have any financial ties to the US income tax system, you could see many new, unprecedented changes. These can include everything from ‘US individual income taxation of personal transactions involving foreign currency and unexpected US tax costs for conducting personal affairs unrelated to their employment activity,’ to property sales and much more. Some might even be required to pay US income tax on the “foreign currency gain” when they pay off a foreign mortgage secured by their residence.

While all of this might sound confusing, an experienced tax advisor and planner can help you make sense of it all.

To learn more about Brexit’s impact on foreign currency and U.S. asset values, contact British American Tax today and consult with an expert tax advisor who can answer any questions you might have about taking a pro-active approach to your tax planning.

If you enjoyed this article, please feel free to share it on your favorite social media sites.